Confirmed: We all get the jitters

Another month has passed. Amidst all the new and rediscovered peace that the current situation has forced us to embrace, it is time to pause for a moment and take a walk down memory lane.

I am not saying anything new by stating that we all enjoy digging into the past and letting some (preferably) nice old memories resurface. These are the stories that not only remind us of who we are but that contributed to making us into who we are today. And most importantly, they have the power to press the pause button in our brains and let them wander.

To travel back to a past which isn’t mine it was clear to me that, after almost a month of working from the comfort of my home, a trip to the Europa Media headquarters was needed. Sometimes, to gather first-hand information we need to speak directly to those who treasure those memories. And here we are, writing about the first international training course on Proposal Writing delivered by the Europa Media team back in 2004 in Héviz, Hungary, coincidentally the year when Hungary joined the European Union. Through time, the contents of the course have changed in line with the different EU funding programmes which the European Commission has launched. So here we’re going to focus on the anecdotes which both Gabor and Gabriella still vividly recall.

The EU project knowledge that the Geonardo team built in the four years prior to the Héviz course had already gained quite a reputation at national level. Due to the high project winning rate and the team’s project coordination skills, a very young Gabor, together with his colleagues, were invited to different Information Days across Hungary. The National Contact Points could see they were winning many EU-funded projects and clearly thought the trio would be able to provide useful insights for other organisations that were seeking EU funding.

Their growing reputation as experts on EU funding combined with the idyllic small thermal town of Héviz – healthy water in Hungarian – met with the expectations of the thirty participants who had travelled from all over Europe to learn about proposal writing.

…And here come the anecdotes.

When asked about Héviz, Gabor could not withhold a smile. After shifting his eyes and a very short pause later, he admitted that what he recalls the most is how nervous he was. It was the kind of nervousness that comes out in the shape of ‘multiple technicolour yawns’, as they say in Australia – he didn’t say it in those words but I thought it was a nice way to put it. Today, we have lost count of how many people he met on his courses and how many top universities, research organisations and companies he trained. But hey, the first time round is a big deal for EVERYONE.

Gabriella, instead, keeps her first feedback etched in her memory. “You sound incredibly knowledgeable, but you need to speak louder” – told her one of the attendees. If you’ve ever attended one of the courses with Gabriella, you may agree with this participant and might have even noticed that everyone in the room goes ever so silent when she speaks. What makes ME smile here is that she knows about it and sixteen years later, she still receives that same feedback.

The night before the big day they stayed up until ever so late printing and binding the folders making sure that each attendee had their set of exercises. And to top off the night, the two-our drive to Heviz was riskier than expected. Some heavy freezing rain was falling relentlessly causing them to stop many times along the way.

Despite Gabriella’s low tone of voice, Gabor’s jitters, the freezing rain, and only a few hours’ sleep, the three-day course had a great turnout and the pan-European participants were delighted with both the course contents and the international atmosphere which paved the way to future collaborations.

When leaving feedback, little did Ms. Vera from the Regional Black Sea Energy Centre know that when she wished success for the company’s future activities, the international approach to Europa Media training courses would be the highlight of the company’s business model. 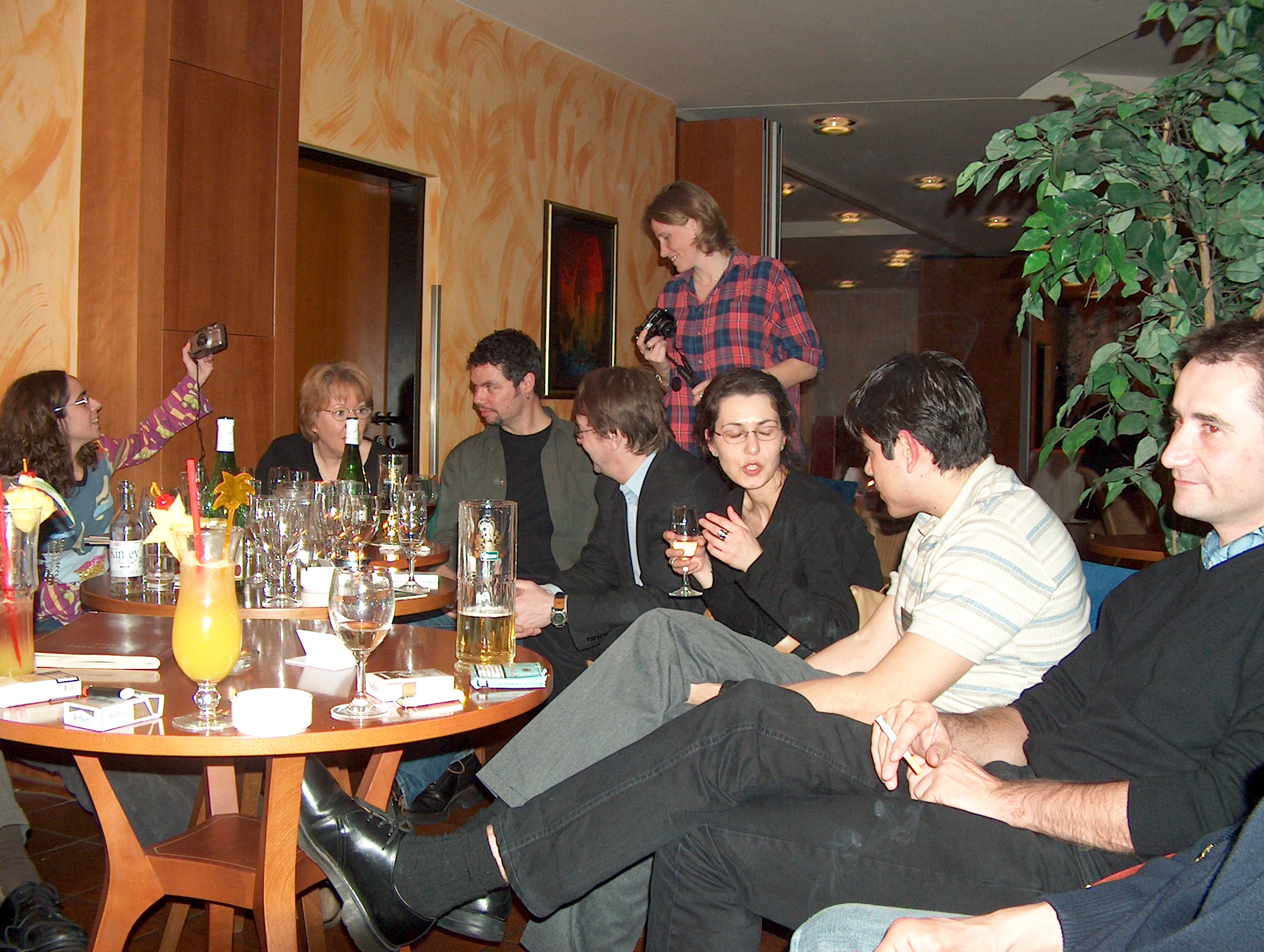 Welcome to Europa Media’s BlogActiv page! Via this blog, we are aiming to share our experience regarding the EU funding system and participation in EU-funded projects. We will be providing up-to-date information on EU programmes and a practical insight to EC projects in research, technological development and innovation fields.

Europa Media was founded in 2003 by two individuals who wanted to share their experience gained in proposal development and project management under EU programmes with other interested parties. The EU funding system is complex and the competition to get a project financed by the EU is tough. Specific knowledge, well-established networks and certain skills are needed to successfully get involved in these competitive projects.

Since its establishment in 2003, Europa Media has strived to provide and present dispersed and highly technical information on EU policies, funding opportunities and programmes in a streamlined and simplified way to potential stakeholders in Europe and worldwide. To this aim, we have developed, launched and publicised a variety of information sources and tools including web platforms, publications and events. Our training courses and workshops on EU funding, EC project development and management has reached over 5,000 people throughout Europe and beyond.